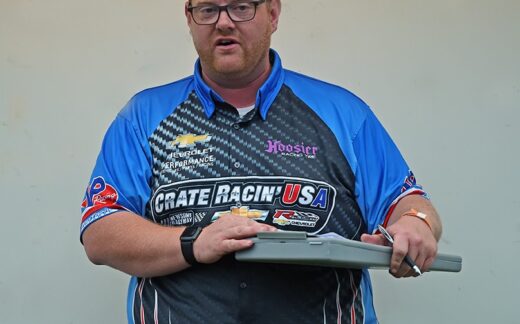 (Cartersville, GA) – Adam Stewart is a native of Alabama who began his career in racing at the age of 15 at both Talladega Raceway Park and Talladega Short Track in Eastaboga, AL. Adam started at the bottom of the ladder and steadily climbed his way up to serve as the chief starter. In 2010 Stewart made the move over to Green Valley Speedway where he served as General Manager of the Glencoe, AL facility up until its closure in 2013. Stewart was quickly snapped up by Crate Racin’ USA to takeover operations of the Georgia based sanctioning body as their Series Director. Adam is widely known for his calm demeanor and his quick southern wit.